You are here: Home / Uncategorized / Women as Business Owners

Before opening the store, I did my own taxes. As I took steps to start a home based business, I was told to get a real accountant. I followed a suggestion and wound up in Newington. I did not get the suggested accountant. I wound up with another.

“Do you get alimony?” he asked.

No. I never sought alimony, nor thought about it. My first husband stopped working during my brief marriage and he might have been able to ask for alimony but we never made enough money to satisfy his standards. I felt no need to talk about the past with this man. I said no.

Again he asked, “Do you get alimony?”

I wondered about the married man’s attention span that he asked the same question twice. I was not there for personal taxes as much as business advice. I didn’t think that he was thinking about my business while I was there.

Why, why would a man ask the same question five times???? Why?? What is wrong with him?

Here I snapped. “Do you have any advice for me that is business related?”

Said I, “I want to open a retail store this upcoming year. I am trying to prepare.”

“Huh,” was his only reply. He had a different look in his eye then but I was done paying any attention. He had wasted my time for an hour probably wondering more about my personal life than my professional aspirations.

I had a home based business then. I think I qualified for a home office deduction. Do you think I got one? Do you think this accountant even thought about it?

I get married again. I got a great accountant…. Who has thousands of clients. If I have a forty minute appointment, I am billed for an hour. Details are irrelevant when it comes to billing… in accounting.

With my great, expensive accountant, my taxes are always automatically extended to the September extension deadline. He smoothly tells me that other non-profits needs to get their books done first (before me). I am poor person running a small business, I could really use the tax refund money and yet I wait until late summer for my taxes to get done with the great and powerful accountant.

I am learning Quickbooks on my own. The accountant insists that I let his associate do the many of the Quickbooks entries for credit cards that I didn’t now how to enter.

The Hartford accountant yelled at his female assistant in front of me when a bill was screwed up. Sadly, I don’t think that she did the billing…. And I think that he didn’t tell her that I had paid upon leaving last time… I am not pleased with the way he talks to this woman. I am pretty sure that she runs the place without credit or assistance. I wonder how long she has been suffering.

I was supposed to be charged $35 an hour for the assistant to train me. I wait again for the assistant to show who is about 25. He shows, breezes in and says in 3 sentences, don’t do this, that or that. It could have been done over the phone. Did he have my file to show me on a computer screen what he is talking about? No. He drove to my store to train me, nothing in hand for a visual aid, and it lasted 3 minutes. Apparently, just showing up is an accomplishment for him. Quickbooks training sessions can last 6 hours, he left after I asked a few questions which he answered tersely. He arrived at 10:03, he left at 10:08. I was billed $90. If he was costing me $35 an hour, that was over two hours of work. As it was, he missed the first appointment wasting my time and then arrived and wasted my time more. This was the end of the great Hartford accountant for me.

As I went back to do the books for my 2013 taxes, I saw all these entries already listed for 2013, that should have been entered for 2012. Someone screwed up all the entries. The accountant wanted me to let his assistant do the books (all general journal entries, all credit card expenses, all cash purchases) for me, and the parts he touched were entered with wrong date. I can do that on my own. That meant my 2012 taxes were missing big expenses. They should be redone.

I need another accountant. I have trouble finding one. I wind up in Newington again. My husband liked his accountant. Filing my business taxes upon extension meant that we could not use his accountant for our personal taxes.

We are issued an April appointment because we had no appointment the year beforehand. I tell my husband that they can’t get business taxes done on time if our appointment stays in April. My husband calls, is told it will be no problem to get all the taxes done. We arrive. Said the accountant, “Oh, I didn’t realize that you had a store. I thought you had some home based business.”

If a woman has a business, it is small peanuts. For the second time, the same accounting firm has assumed that my business would be something inconsequential. He assumed that I probably sold tupperware with some pass though income to list on one line, not a corporation requiring a separate 1120S form. It is depressing to go through this.

His accountant does not want to redo the 2012 taxes. “Not worth the effort for the return.” Apparently, he does not want to do the work. He is more than willing to bill for his time. Again, with another accountant our taxes are not done until September. He had said that they would be done by the end of May, then never returned a phone call in June or July. In August, he has the nerve to say to me, “You know, we need to get these done. The extension only goes until September 14.” I want another accountant.

My intuition has told me that there was a woman who could help me. I spend a year looking for a female accountant. I do not find her. Before Christmas, I call someone local and they do not call back.

I just went to add in my loan interest for this past year and find another loan interest entry for 2015. That means last year’s entry for $7000 (I paid $7000 in interest on my business loan) was entered wrong, and is not in the figures for 2014. My accountant, the one who does not return phone calls, made a $7000 mistake. I could do that myself.

If there is a message and a lesson in all this, it is that you need to know what is going on with your business and your money. Sometimes you can make your own mistakes and make no worse ones than the professionals paid to help you. Know your stuff and do not give over all your power to others. Our money does not matter to anyone else as much as it does to us. You also know your business better than others.

You need to look critically at all figures and ask, ‘what might be missing?’ In particular, is there a time when the business credit card did not work? Mobile credit card processing often fails at craft fairs, trade shows, gem shows, exhibit halls and at event held in other large venues. If the business card didn’t work, how did you pay and has that been entered as an expense? Are there other times when you may have used cash? Tolls paid with cash or easy pass? Have they been accounted for yet?

My business taxes were done first by two expensive accountants (the pro bono one was the one who did the worst job but who kept telling me SBA loans were a waste of tax payer money and that I should declare bankrtuptcy) and neither made sure that my inventory purchases were entered as cost of goods sold. My husband had set the Quickbooks up first and had not done it properly (free help). Neither accountant caught it. Then, my inventory purchases were not entered in the year of 2012 as costs of goods sold because the assistant entered them as ‘adjustments over and under’ in the wrong year. No one there caught the fact that there were low sales and no costs of good sold being deducted. Common sense would have said that the numbers did not add up- cost of goods was too low. I asked someone myself to see if I was seeing things correctly and I was told about entering material purchases myself. Then I found the wrong entry listed in the wrong year. I can do bad all by myself. If I am paying professionals $150 and $175 an hour, why do I have to figure this out myself?

Dealing with accountants is like taking a car to the dealership for a woman. The dealership tells you what great service they are giving you but I always wonder if they actually fixed the problem I brought the car in for and I am always sure that I overpaid after I left. I have had three different accountants screw up my taxes in simple ways that I would have done. I could have done that myself.

Small business owners have a hard time delegating; that is in the literature. Sometimes it is really because no one does it as well as you. I was just in the beginning stages of a business and I have had more mistakes made when others were paid $150-175 an hour than genuine assistance. 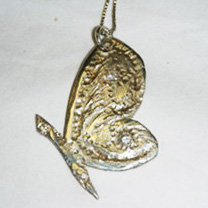